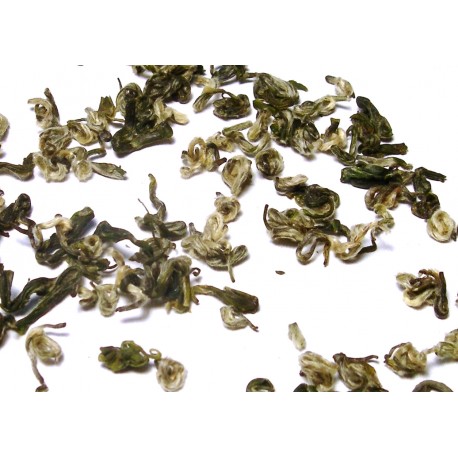 This product is no longer in stock

Notify me when available

By buying this product you can collect up to 50 loyalty points. Your cart will total 50 points that can be converted into a voucher of £ 1.00.

Dong Ting Bi Lo Chun is renowned for its delicate appearance, fruity taste, floral aroma and early cropping.  It is produced in the short space of time in between the Spring Equinox, at end of March, and Clear Brightness, which is in early April.  Bi Luo Chun literally means "Green Snail Spring" because it is a green tea that is rolled into a tight spiral, resembling a snail's shell.  It was originally named 'Scarily Fragrant' because of its rich aroma, but don't be afraid- the aroma is strong, but certainly pleasant!  Chinese tea experts regard it very highly. Zhen Jun (1857 to 1918 A.D.) ranked it first among Chinese green tea in his famous tea encyclopaedia Cha Shuo.

Brew: 2 tsp per cup; 75°C; 3-4 minutes for first brew and then add 30 seconds for each subsequent infusion.

Great for any time of day.